The majority of the other territorial delimitations is adjusted to administrative boundaries. Their range is wider than the listed ones, the territorial code system as well as certain special fields (e.g. nature conservation, water conservancy) contain them.

The Hungarian Central Statistical Office considered the revision of the delimitations of agglomerations, agglomerating areas, urbanised areas – which play a decisive role in the settlement system – important, utilising the data of the 2011 census. The delimiting, performed in 2014, basically resembles the 2003 work from methodological point of view, in order to make results easily comparable. Out of the twenty three regions delimited in 2014 two were not defined based on the survey. The territory of the capital’s agglomeration is set by Act LXIV of 2005 on regional planning of the Budapest agglomeration, which left the delimitation determined by the – now revoked – Government Decree 89/1997 (V. 28.) unchanged. The Balaton agglomerating area stands for the settlements at- and close to the shore, listed in the Balaton-Act (Act CXII of 2000). 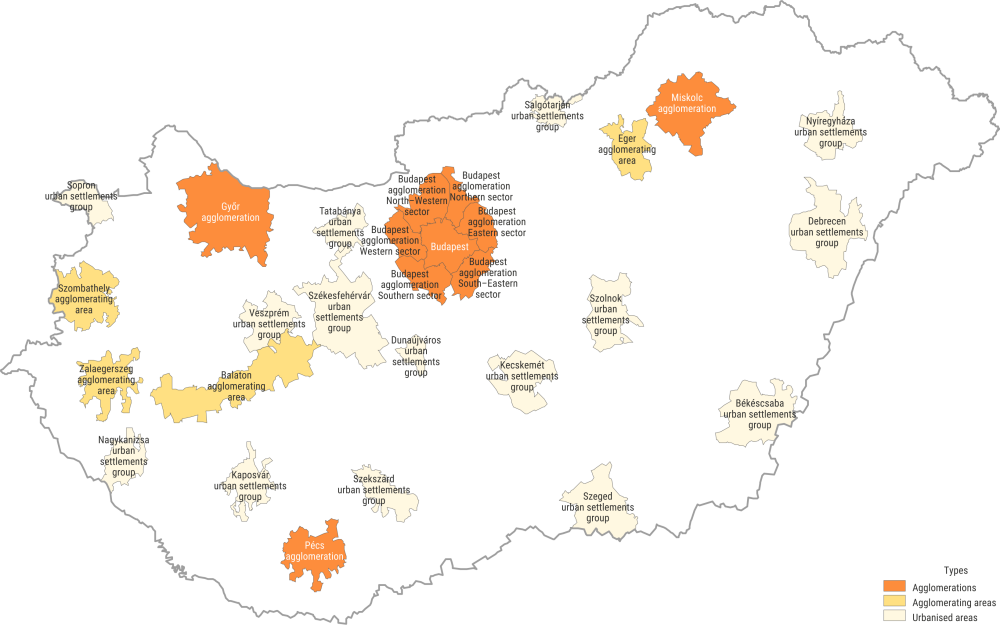 Decree 28/1998 (V. 13.) of the Ministry of Industry, Trade and Tourism ruled that tourism related regional, territorial tasks shall be addressed within the touristic regions framework. The Decree established nine touristic regions, these covering the whole country, being contiguous territorial units, except the Northern Great Plain. At their delimiting, the planning and statistical regions have been altered so they would comply with the delimitations of the special recreation areas. Their jurisdiction is to be found in the annex of the Act. 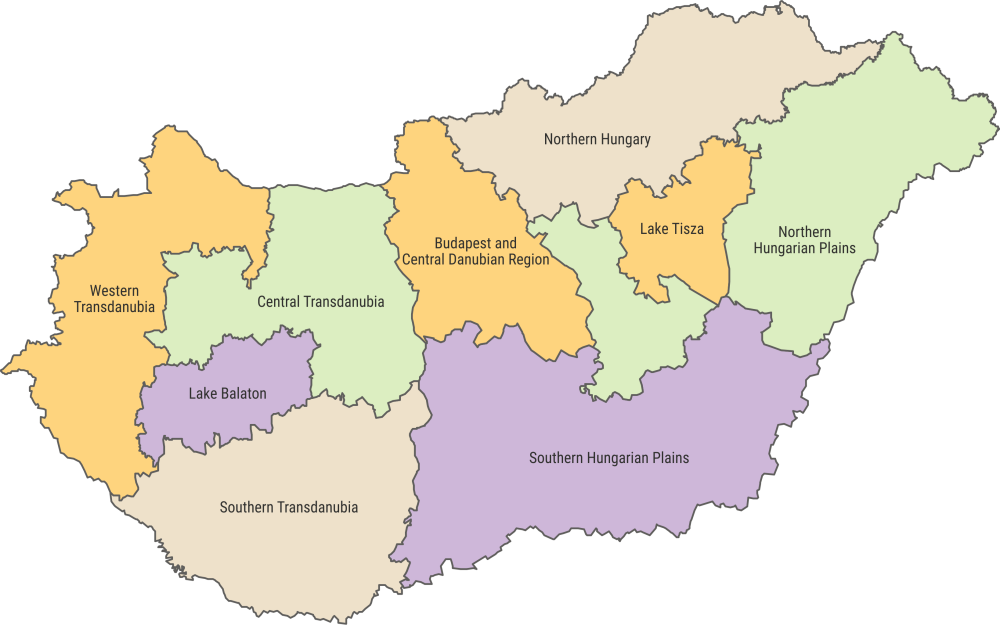 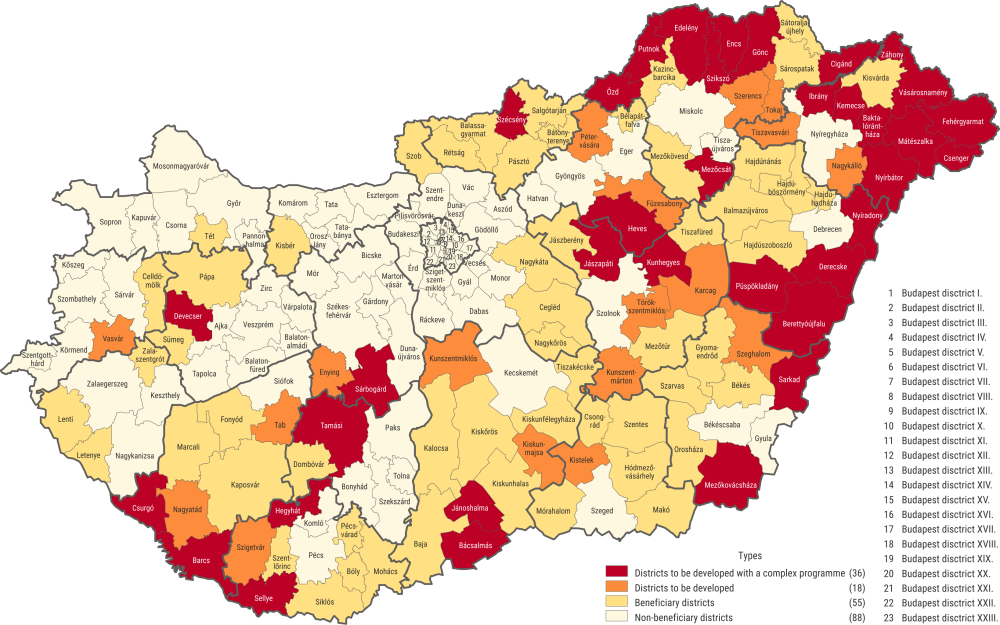 Based on article 9 of Act XXI of 1996 on Regional development and Regional Planning the minister responsible for settlement development proposed a system of provisions for classifying beneficiary settlements and recommended their classification with the assistance of the minister responsible for the strategic planning of regional development. The Minister of the Prime Minister's Office prepared the legislation pertaining to beneficiary settlements. The Hungarian Central Statistical Office (by computing background calculations) and the specialists of the ministries concerned participated in elaborating the conditionalities, the Prime Minister’s Office proposed the threshold indicators. Indicators evaluating development/underdevelopment are basically identical for districts and settlements, the calculation method is following identical principles also. Government Decree 105/2015 (IV.23.) contains the classification of beneficiary settlements and the classification criteria. 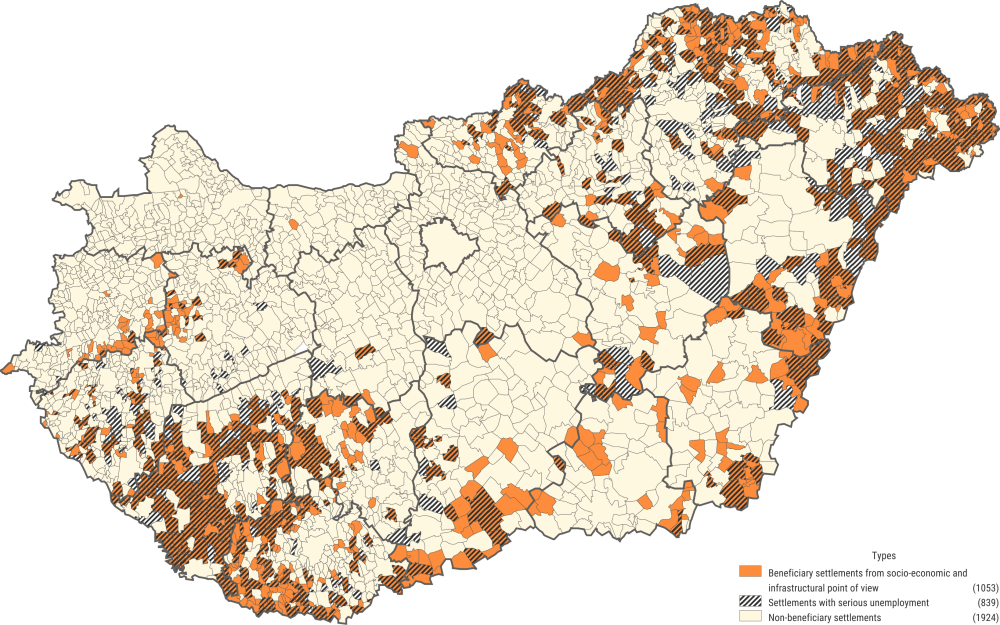 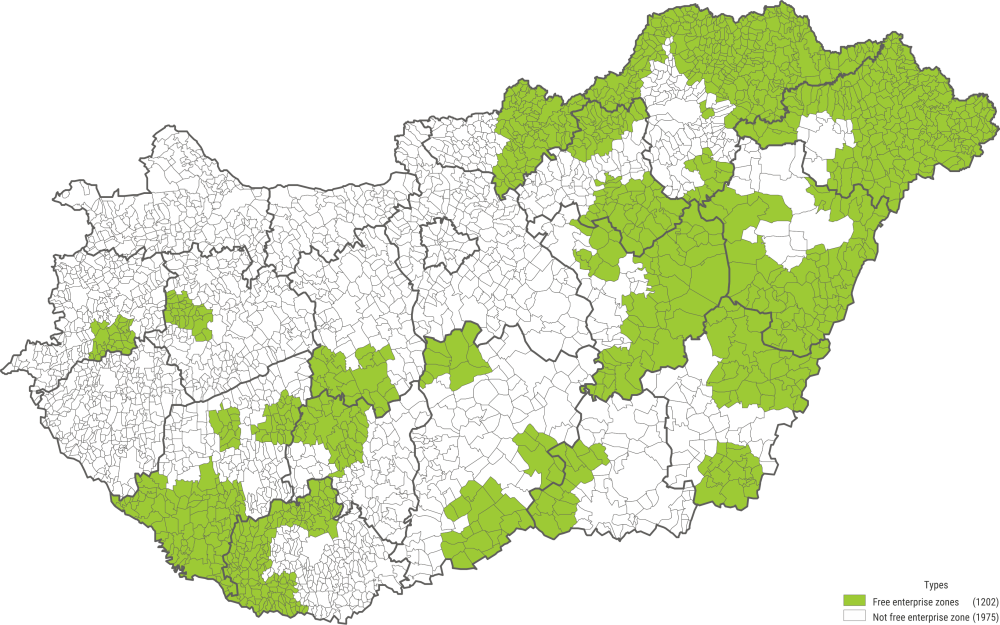 The Hungarian Central Statistical Office in collaboration with the researchers of the University of Debrecen delimited labour market districts in 2017 by utilising domestic commuting data of the 2011 census. It is typical to the area units utilised mainly for employment policy purposes that the dwelling- and workplace of its inhabitants and workers is within the given unit, the proportion of commuters into and out of the district is small. The delimitation contains 84 contiguous districts which gained their names after the settlement showing the largest number of employees. 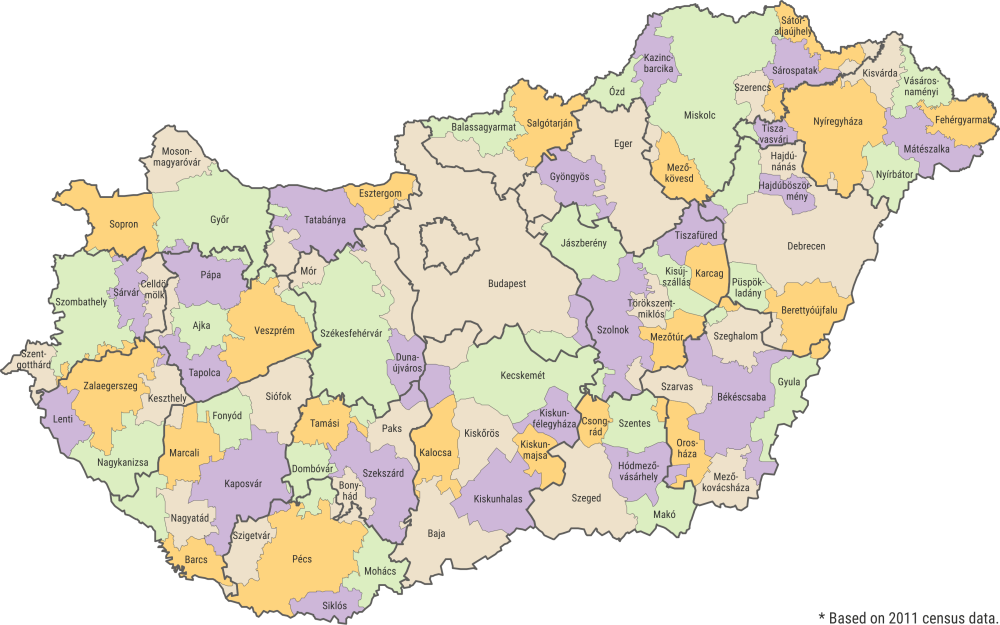 Act CCIII of 2011 on the Elections of Members of Parliament divides Hungary into 106 parliamentary single-member constituencies. The Census site of the Hungarian Central Statistical Office contains the most relevant data regarding parliamentary single-member constituencies. Census site data are available as per the following topics: number and characteristics of the population, households, families, dwelling stock data.