Regional statistics offers data relating to units of area, settlements, about economic, social and environmental phenomena, processes, respectively contributes to regional impoundment. The goal of regional statistics is to provide reference, information for users by making public regionally detailed data originating from the HCSO data collection system, as well as data and information taken over from external bodies. It incorporates detailed and comprehensive statistics about the situation and development of regions, counties, districts, settlements and units of area outside administrative boundaries (e.g. in-settlements georeferenced data).

Natural decrease per one thousand inhabitants

Difference between live-births and mortality per one thousand inhabitants by counties.
Source of data: Summary Tables (STADAT)
Last data for period: 2019

Employment rate indicates the proportion of employed people in relation to the number of 15-74 year-old population by counties.
Source of data: Summary Tables (STADAT)
Last data for period: Q3 2020

Unemployment rate indicates the proportion of unemployed people as a percentage of the number of 15-74 year-old, economically active population by counties.
Source of data: Summary Tables (STADAT)
Last data for period: Q3 2020 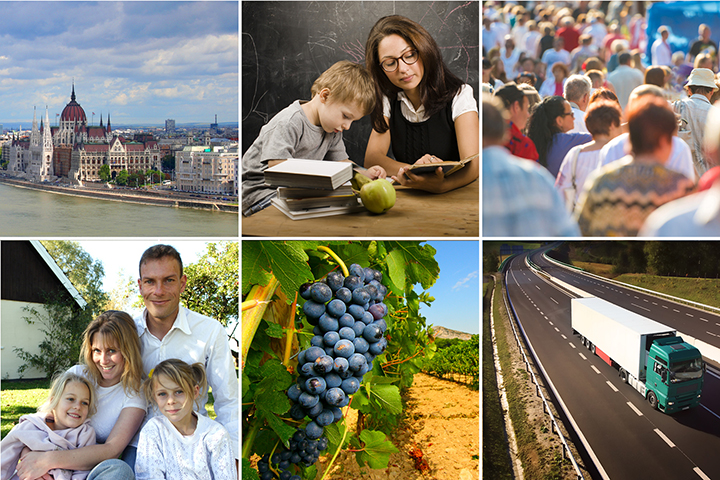 Beside the general ageing trend of the population there are significant differences in the age structure of some counties. Békés county had 176 old people per 100 children at the beginning of 2020, while Pest county had 103. The book sums up the major indicators of socio-economic processes on different levels from the spatial network, reviews these from counties’, regions’ population and environment point of view and shows several regional data of the European Union, too. 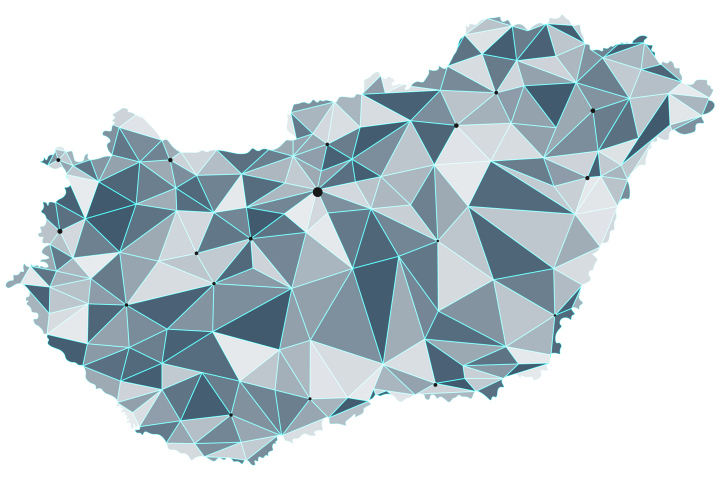 Data related on settlements and districts of Budapest in the Dissemination database are updated twice this year, as such part of the 2019 serial settlement and district data, are available from 31 July, four months earlier than it was customary before. The list of topics in question are available on the first page of each dataset. 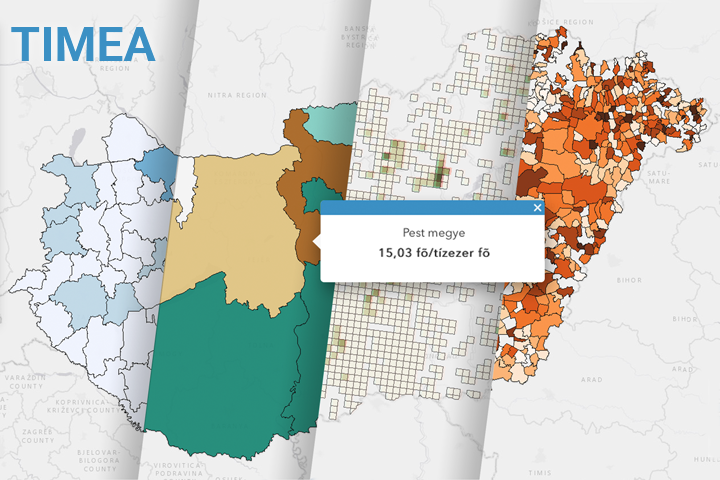 2018 data have been added to the indices regarding the categories accessible within the application. At present thematic maps may be compiled based on close to 300 indices in 24 categories for different territorial levels of our country. The visualised indices may be filtered for territorial units, for years and for further utilisation data tables may be downloaded and the maps could be exported as images. 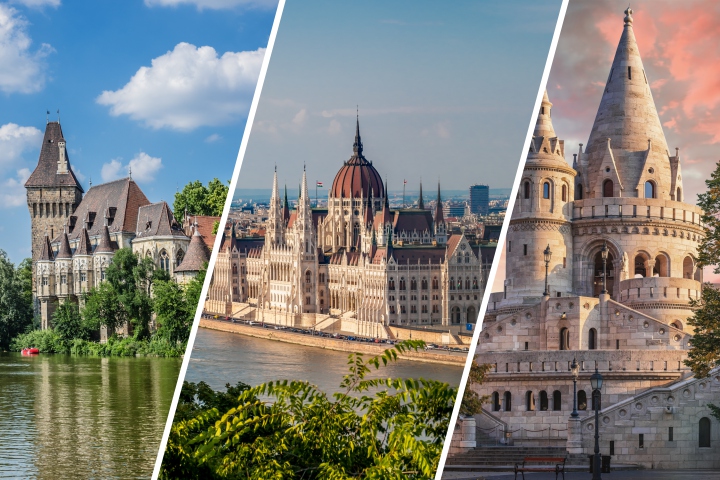 The Yearbook, available in both Hungarian and English, presents the social and economic situation of Budapest for the reference year by means of tables. In addition to a detailed overview of each topic, the most important indicators are presented in long time series dating back to 1990. The detailed chapters also contain information per district. A separate chapter summarizes the main data of the Budapest agglomeration. In addition to the printed form, the Statistical Yearbook of Budapest is also published as an electronic publication on our e-shelf.

The Detailed Gazetteer of Hungary is a repository of data, containing the administrative classification of settlements in Hungary and the main changes in regional structuring. It includes the basic data of localities, population census data on resident population, dwelling stock, area, as well as nationality and religious distribution, and the characteristics of parts of settlements by postal code and by character of settlement.

We present within the Regional Atlas the administrative units of Hungary, the other statistical-purpose territorial units, the results of different Hungarian standardisations and mark-offs as well as the territorial units smaller than settlements; moreover we offer an insight into the territorial classification of the European Union: the NUTS system.

The Interactive visualising mapping application (TIMEA) makes possible the compilation of thematic maps of Hungary on different territorial levels. There are several setting and filtering options for representing the chosen statistical data or territorial levels. Data are available and downloadable going back for several years methodological information assists in defining them. 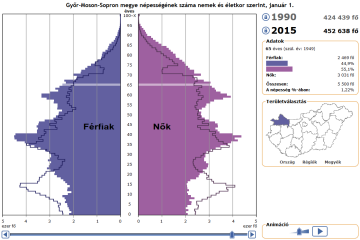 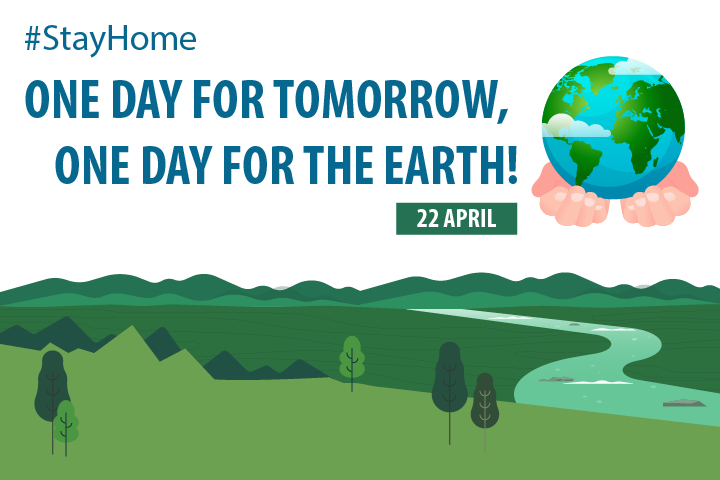 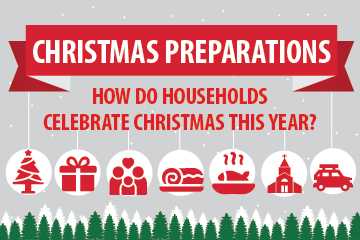 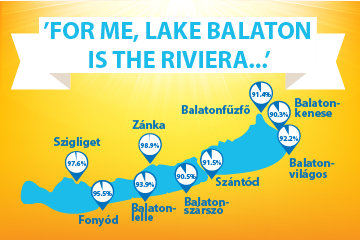 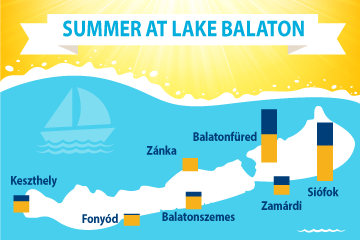 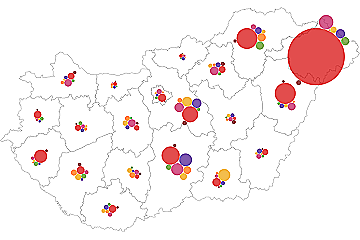 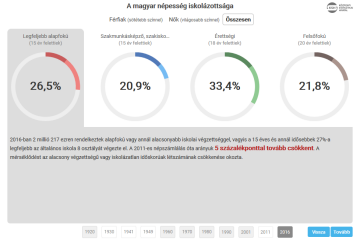