In September 2015 the UN General Assembly adopted the world’s sustainable development goals to be achieved globally by 2030, which mean measureable goals that can be shown in data comparable in all countries of the world. This task caused an exceptional challenge for the statistical community in the world, since the progress towards the goals should be presented authentically, applying the same methodology in countries with different levels of development and endowments, in the coming some one and a half decades. The UN’s High-level Group for Partnership, Coordination and Capacity-Building for statistics was established with the participation of 22 countries to encourage the achievement of global sustainable development goals, in which group Gabriella Vukovich, the President of HCSO, has the position of co-chair. The fifth meeting of the group is being held on 25–26 May 2016 in Budapest to review and discuss the Global Action Plan for Data so that all countries in the world can produce the data and thus re-measure the fulfilment of the goals. An additional objective of the meeting is to further define the next steps in the organisation of the World Data Forum, to be held by the UN at the beginning of 2017. 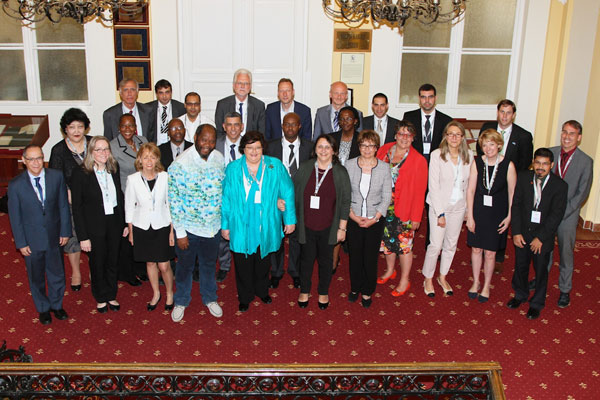