The National Statistical Co-ordination Board was established

The new Act on Official Statistics (Act CLV of 2016) – in effect from 1st January 2017 – envisages a closer professional co-operation among members of the Official Statistical Service, under the guidance of the Hungarian Central Statistical Office (HCSO). In order to ensure continuous development of statistical quality, the task of the Office is to strengthen the dialogue and the co-operation with further organisations involved in the production of official statistics. The ceremonial statutory meeting of the high-level expert forum established for the above purposes was held on 20th March 2017 in HCSO, chaired by the President of HCSO, as the Chief Statistician, acting in this co-ordination duty of hers. Members of the National Statistical Co-ordination Board – representing ministries and further organisations responsible for producing official statistics – received their credentials from Dr. Gabriella Vukovich, and the most important tasks for the following period were reviewed. 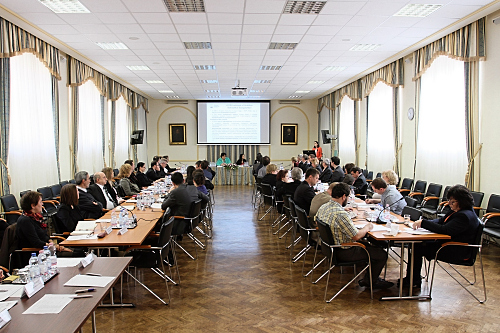