In 2009 the general government deficit of Hungary amounted to HUF 1 156 billion, 4.4% of GDP according to the preliminary data of national accounts. The government data were calculated on the legal grounds of the Excessive Deficit Procedure (EDP) in the methodological framework of the European System of Accounts (ESA95) and were reported to Eurostat. 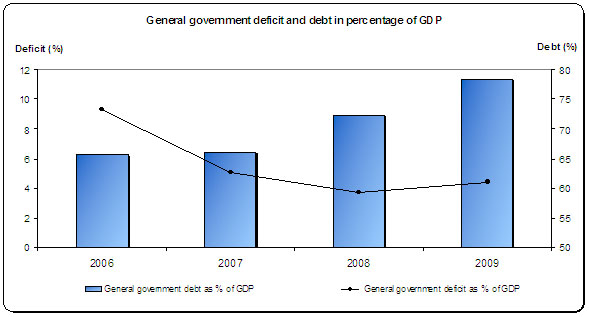 According to the figures of the National Bank of Hungary, general government debt amounted to HUF 20 421 billion, 78.4% of GDP at the end of 2009.

Data correspond to those published in the press release of 1st October.