The Fundamental Law of Hungary – similarly to the practice of other countries – disposes regarding the public administration structure of the country. According to it: “The capital of Hungary shall be Budapest. The territory of Hungary shall consist of capital, counties, towns and villages. The capital and towns may be divided into districts” (Article F).
From 1 January 2013 the district-level is introduced between the settlement and county level, and the planning and statistical region level between the county and country level. Statistical regions are not administrative units in the classical sense, rather target areas of the European Union’s regional politics. The country consists of regions, the regions of counties, the counties of districts, the districts are made up of settlements. Every level covers the whole territory of the country. The lower levels of territorial units fit on the whole into the next, larger level units, they don’t extend beyond the area of the larger level. Among the administrative units the districts of Budapest are in a special situation, as we consider Budapest one territorial unit, while on district level the districts are considered territorial units. 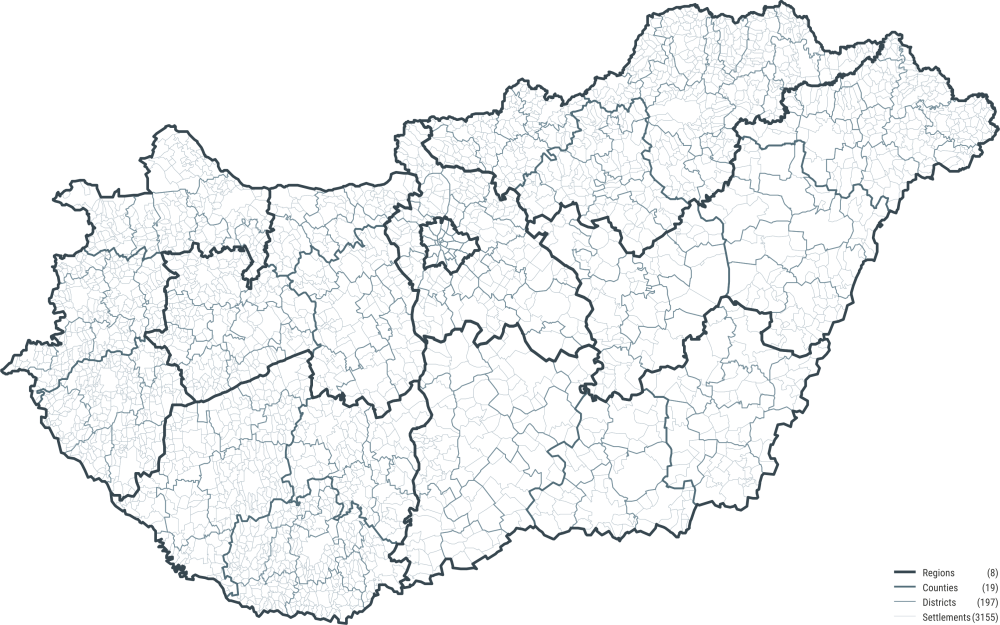